Our spa is known worldwide for iodobromine water called brine which together with modern rehabilitation represents an ideal combination of effective treatment.

Darkov‘s natural healing source is heavily mineralized hypertonic chlorosodic iodine-bromine mineral water. It originated during the Tertiary period of the natural sea water, due to time more concentrated and enriched with elements of ancient marine fauna and flora.

Our „Darkov Gold“ iodine-bromine brine is the healing wealth of Darkov Spa. The concentration of iodine is higher than in coastal areas. The brine has a beneficial effect on the vascular system, helps in treatment locomotive and nervous system as well as in the treatment of gynaecological and skin diseases. The baths in this water are everyday part of the local balneorehabilitation.

The healing springs in Darkov have been known since the 13th century. According to legend was in Darkov spring with the iodine-bromine water used by local people for natural healing. The beginning of the spa dates back to 1867, when the local natural springs were recognized as healing and the first spa season was officially inaugurated. 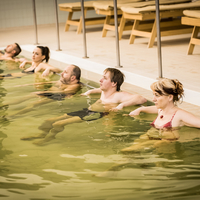 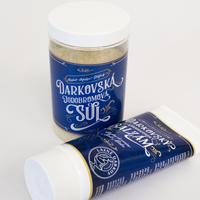 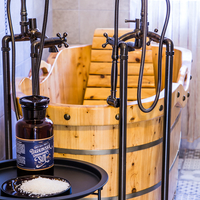 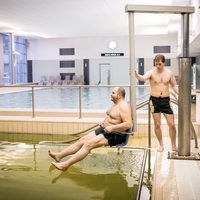 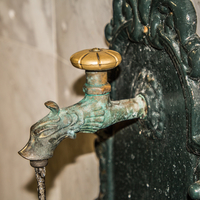 WHY IS IODINE-BROMINE BRINE SO UNIQUE?

The main healing element is iodine, the water contains 20 to 25 mg in one liter of water. The basic effect of iodine is mediated via vessels, it is practically the most effective natural balneological element. Water is used in the form of baths and wraps. The iodine bath also has an excellent therapeutic, preventative, regenerative and rejuvenating effect. The bath is prepared as an overall bath of 37-38 °C.

Iodine has a unique ability of sublimation - very easy evaporation from heated brine into the air. Thus, the microclimate is significantly enriched with iodine and a patient then inhales the considerable amount of iodine during the bath. Partially, iodine is also absorbed by the skin and mucous membrane. It has local antiseptic and disinfecting effect, but more important is its effect on the thyroid gland and other hormonal organs. However, the basic effect of iodine is mediated to individual organs via vessels, it is practically the most effective natural balneological element for the treatment of vascular diseases in the heart, in the brain and on the periphery.

DO IT YOUR SPA AT HOME

By using products made of iodine-bromine brine, you can continue with healing at your home.

You can refuse consent at any time.